Safe Sleep in A Cot 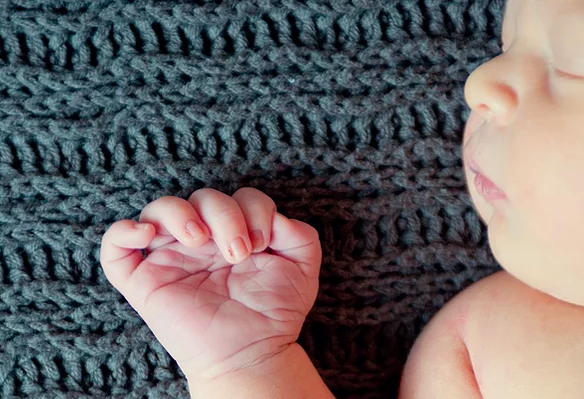 SleepConcept?s mission is all about good and healthy sleep for babies, which enhances their development; therefore, our articles are mainly about sleep quality. However, an important factor for the child to sleep peacefully and without interruption, should, above all, be in line with the safety rules to avoid any unnecessary risks.

Below we describe a few common facts & myths we?ve heard that can influence the risk of SIDS.

1. Children should be put to sleep on their back ? FACT

From birth until the end of their first year, we should put our children to sleep on their backs. Sometimes, when they sleep face down (because this position stops the Moro reflex) their sleep is longer and deeper, but it is also unsafe and increases the risk of SIDS (Sudden Infant Death Syndrome), especially when their caretaker is not around. After implementing guidelines of the ?Back to Sleep? campaign in the United States in 1992, which encouraged parents to have their infants sleep on their backs, the number of SIDS cases drastically declined (by nearly 3 times). We should continue putting babies on their backs throughout their first year, but if a baby turns on their tummy while sleeping, we do not need to change it. After their night feed we put them to sleep on their backs even if they turn on their tummies again a moment later. It is not true that a child on their back is at risk of choking on food they are trying to bring up. Babies have a natural ability to turn their heads sideways while in a situation like this and regurgitate to the side. There is no proof supporting the idea that by putting the baby on their side reduces the risk of choking.

However, laying on the back for too long could cause a so-called plagiocephaly, (a flattening/deformation of the head.) In order to prevent it, we should not use any type of pillows, because they are dangerous for the baby (more on that below) nor put the baby on one side or the other. The best solution, if you encounter a similar problem, is simply to minimise lying on the back, when the baby is NOT sleeping. Encourage tummy time as much as you can. You can also carry them in a sling or carrier, or minimize using the buggy, when the child is not sleeping.

2. A baby should always have an extra layer of clothing ? MYTH

Overheating is also one of the factors increasing the risk of SIDS amongst babies. Children have their own thermoregulation and instead of following the idea of whether we are warm or cold ? we should simply check if the baby is warm. Their cold hands or feet are not an indication that the child is cold. We should check whether their neck or chest is warm. If it is ? it means that the baby maintains a good body temperature. Except for the very first 2 – 3 weeks when the thermoregulation is only developing, most children do need additional layers of clothing compared to adults.

Moreover, keep in mind that the temperature in the room where the child sleeps should always be around 16-20?C and you should adapt the child?s clothes to that. Do not use thick bedding to prevent the baby from being cold as overheating, besides compromising safety, could be a cause for poorer sleep and increase the risk of having nightmares.

3. Babies sleep better with a pillow, a blanket and/or teddy bears in their cot ? MYTH

Up until the end of the 1st year, children should not have anything in the cot. That applies to pillows, blankets, muslins, loose pyjamas or cot bumpers. Why? Because all these items increase the risk of the baby?s suffocation in the cot. In the United States during the last twenty years the number of SIDS cases have decreased thanks to the campaign ?Back to Sleep?. Unfortunately, the number of cases of babies dying due to accidental suffocation or entanglement has increased. The parents? awareness of SIDS is high, but the knowledge about suffocating or entanglement of children is less known, and nowadays, the risk of SIDS is only a bit higher than the accidental death due to these reasons. Therefore, it is worth remembering that a large number of items put in a child?s cot puts them in danger. It is also one of the reasons why putting the child on its side is not recommended as usually, in order for a newborn to maintain such a position, it is necessary to support its back with a rolled towel or a pillow.

So, how should a child be covered at night? Babies up to 3/4 months (i.e. the moment when they first start rolling over) can be swaddled. If you do not do it or have already stopped swaddling, the only right bed-linen in a baby?s cot is a sleeping bag (or sleeping without a cover, but in thicker pyjamas). You can use the sleeping bag even up to 3 years old, but, in terms of safety, it is most important in the first year. Up until the age of 2, there is really no need to use a pillow. It increases the risk of suffocation and does not have any health benefits. If somewhere between 18 and 24 months of age the child begins to show interest in a pillow, opt for a flat pillow for newborns, and if the child does not request a pillow at all ? do not use it for as long as possible. If you use a cuddly toy ? consider only small cloth-cuddly toys, ideally made from breathable fabrics.

More ways that reduce your baby?s risk of SIDS, thus increasing their safety in a cot include:

We hope that you have learned something new or refreshed your knowledge from this article and that thanks to this knowledge more little ones will be safer and happier.

Gosia & Marta are experienced Professional Child Sleep Consultants. With a holistic approach and one to one advice, we help parents solve problems with sleep that their children are struggling with. We are mums ourselves and we know how much effort needs to be put in to help our children to sleep well.